We are in the final two weeks of Session with a lot of work left to do! Committees must finish their work on legislation one week from today, so I am preparing for some long days ahead. 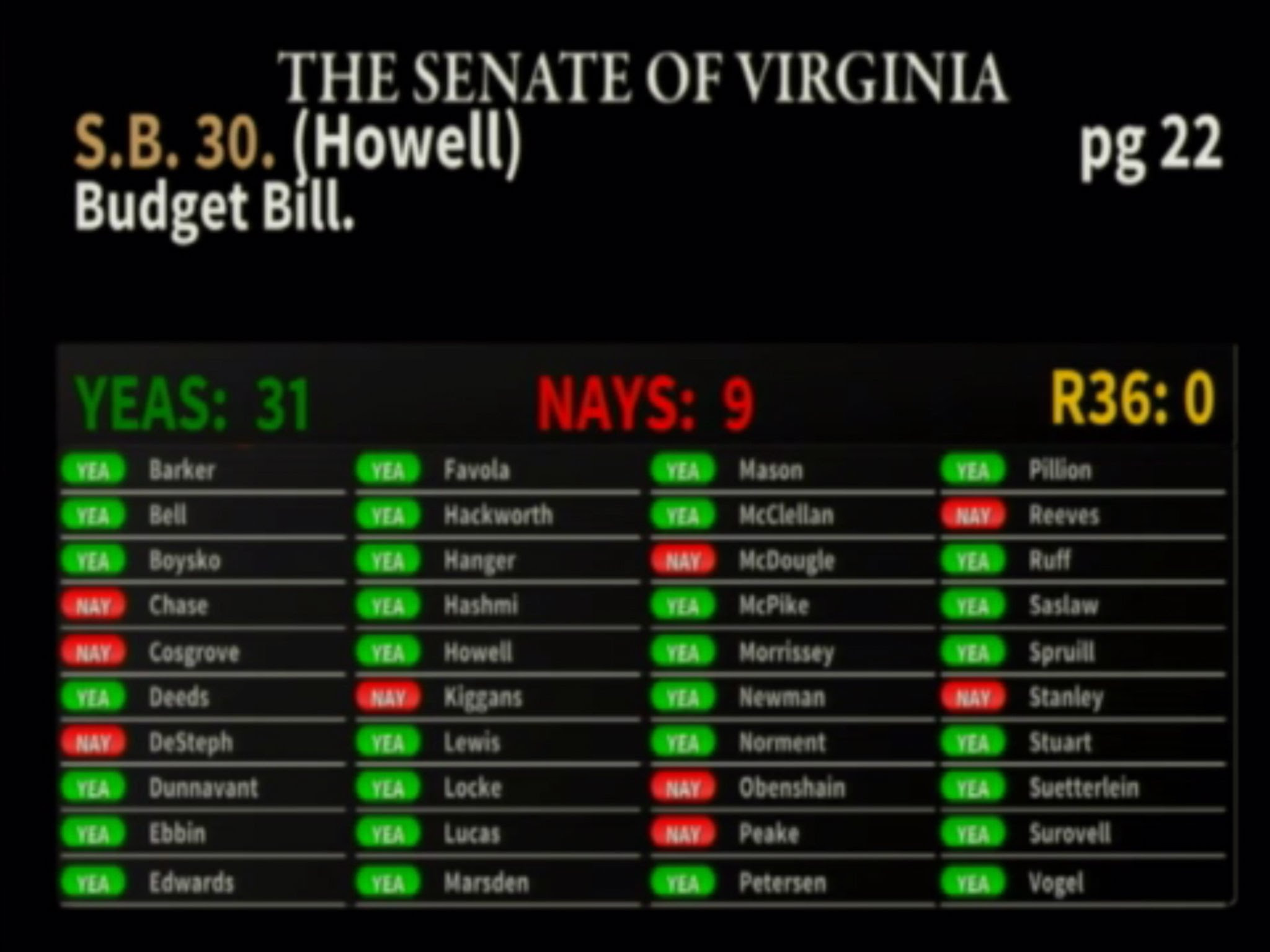 Last week, the Senate and House each adopted very different budgets for the end of this fiscal year and the biennium starting July 1, 2022. Those differences must be ironed out by a conference committee before we adjourn on March 12th.

The biggest differences between the Senate and House budgets come down to different views on tax policy. As reported last week, the Senate passed legislation to repeal the state tax on groceries and menstrual products at a cost of $2.5 billion over the biennium, and referred Governor Youngkin’s tax proposals to a joint committee for comprehensive review of tax policy over the next year. The House, however, adopted several of the Governor’s proposals at a cost of about $5.3 billion. While the House prioritized tax cuts, the Senate prioritized significant investments in education, natural resources, public safety, and human services.

The difference in tax policy leads to significant differences between the Senate and House budgets for K-12 Education. While both the House and Senate increase K-12 funding over the next biennium, the Senate provides approximately $240 million more to schools than the House.

One of the biggest differences is funding for school districts with high concentrations of students living in poverty through the At-Risk Add On. The Senate increases the At-Risk Add On by $268.5 million over the biennium, while the House only increases it by $58.3 million.

The Senate Budget includes the state share of a five percent teacher and staff raise each year, a one time bonus of approximately $1,000 per position in June, and investments in the teacher retirement plan. The House Budget funds the state share of 4% salary increase and 1% bonus each year.

The Senate Budget finally chips away at the cap on state funding of support personnel imposed in 2008 by providing nearly $272 million over the biennium to increase funding for positions already filled by divisions. As I have for several years, I introduced a budget amendment to fully lift this cap, which would cost nearly $850 million over the biennium. While I am disappointed we did not fully lift the cap, this is the first step towards eliminating it in over a decade! The House Budget retains the cap at its current level. 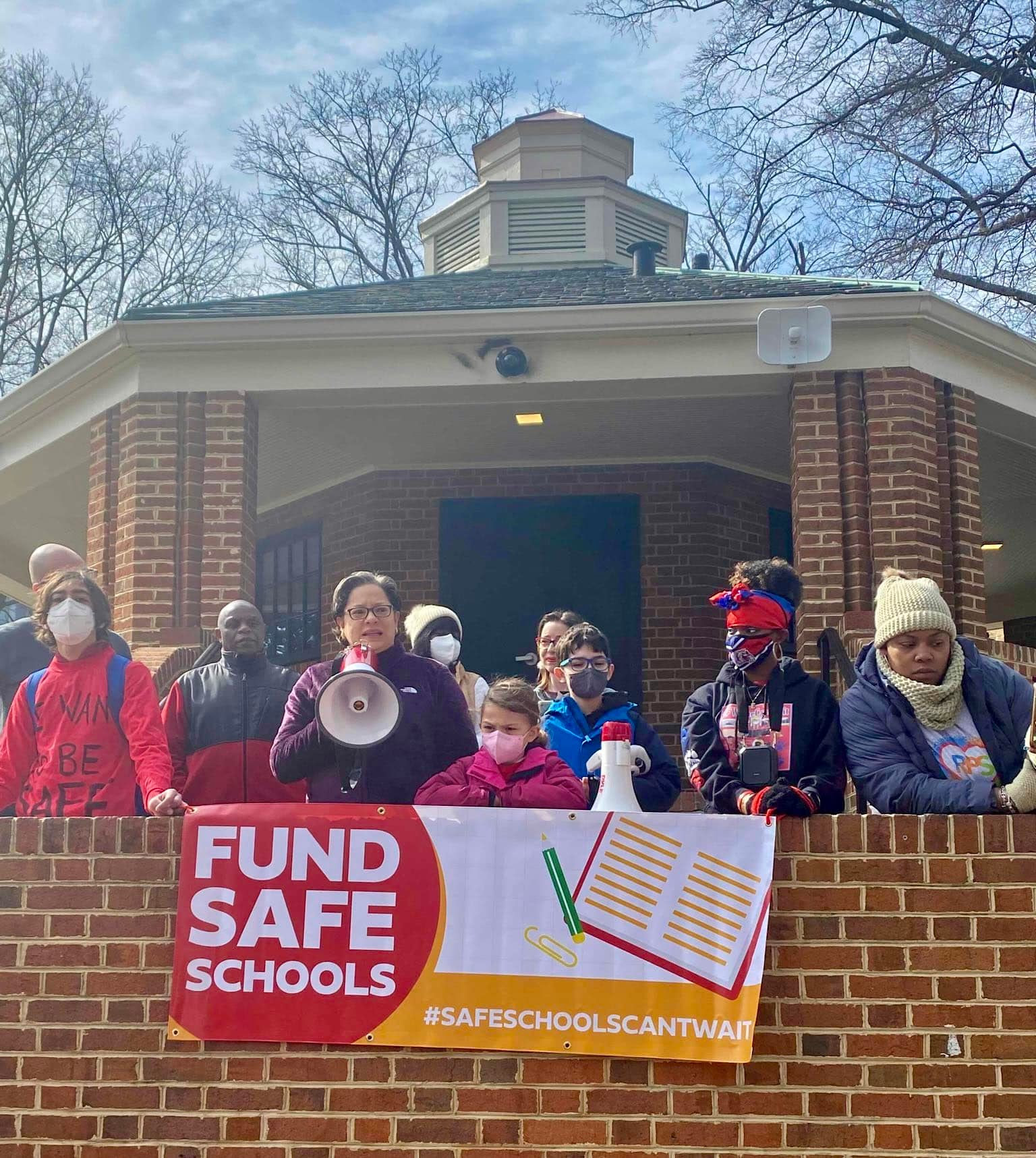 The Senate Budget also includes $500 million in one-time cash for school construction and language similar to my SB 471 adopting changes to the Literary Fund recommended by the Commission on School Construction and Modernization to make more money available to local school divisions through loans with lower interest rates and improve the health of the fund. The House Budget takes $250 million from the Literary Fund to establish a construction loan rebate program.

Both budgets fund one reading specialist for every 550 students in kindergarten through third grade, but the Senate provides flexibility to allow these specialists to work with students in fourth through sixth grade.

The Senate Budget also includes an additional $44.3 million for early childhood education and pre-K programs, compared to an additional $6 million in the House budget.

The House Budget provides one-time funding for The College Partnership Laboratory Schools Fund. The Senate Budget does not include this funding. 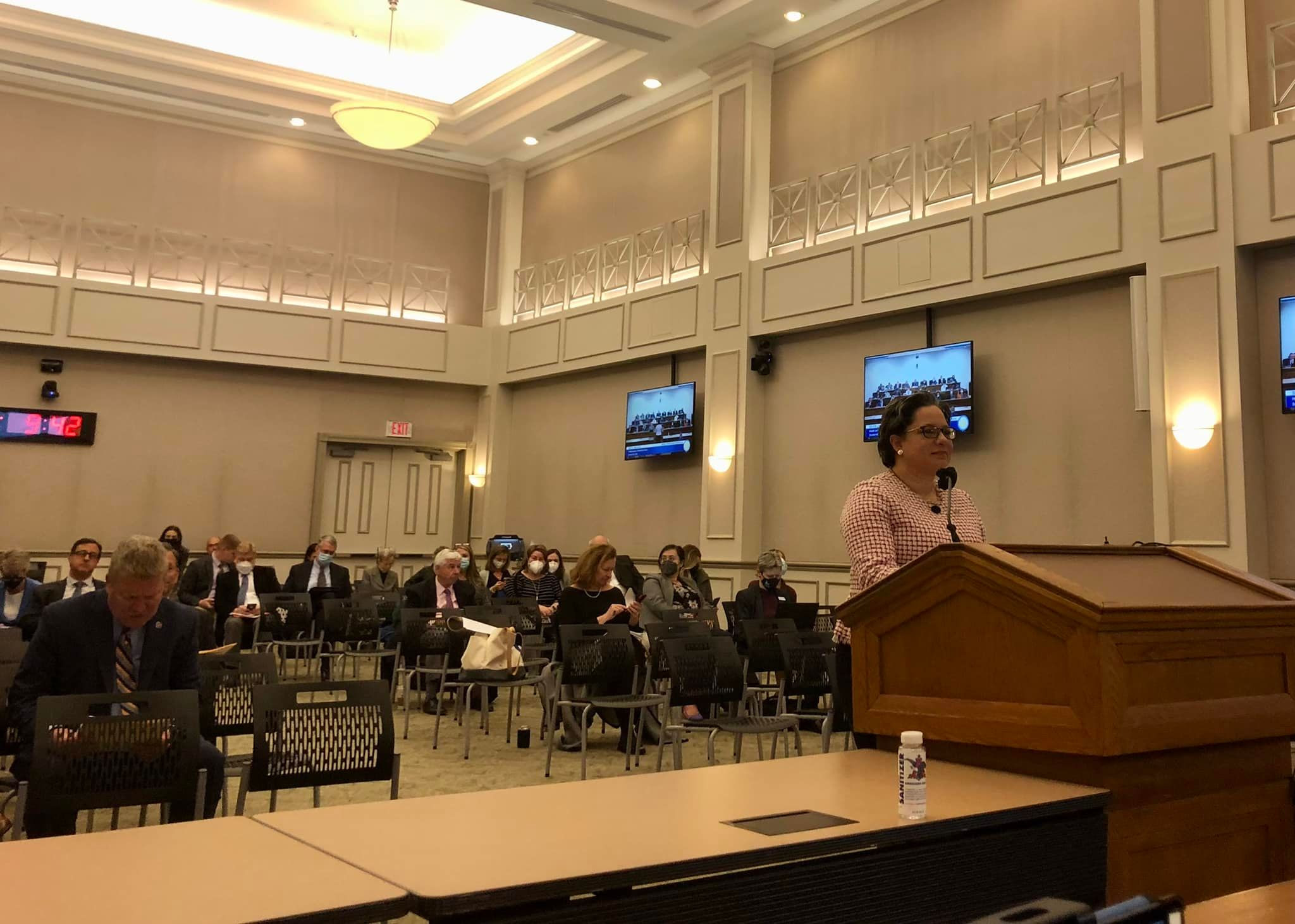 Last week, the House unanimously passed my SB 658 with a technical amendment. Once the Senate votes on that amendment it will be on its way to the Governor! SB 658 addresses situations in which physical evidence of a crime has been collected, but not transferred to the Office of the Chief Medical Examiner (OCME) for analysis. When the physical evidence recovery kits (“PERK”) are transferred to OCME, they are stored for 10 years. This bill makes clear that even those PERKs that are not transferred must be stored for 10 years, and when they have to be transferred to another agency investigating the crime. The bill also requires law-enforcement agencies to inform the victim, parent, guardian, or next of kin of the unique identification number given to the PERK and give them a personal identification number to track the testing of PERK, unless disclosing this information would interfere with the investigation or prosecution.

Two of my bills recommended by the Commission on School Construction and Modernization died in House subcommittees last week. 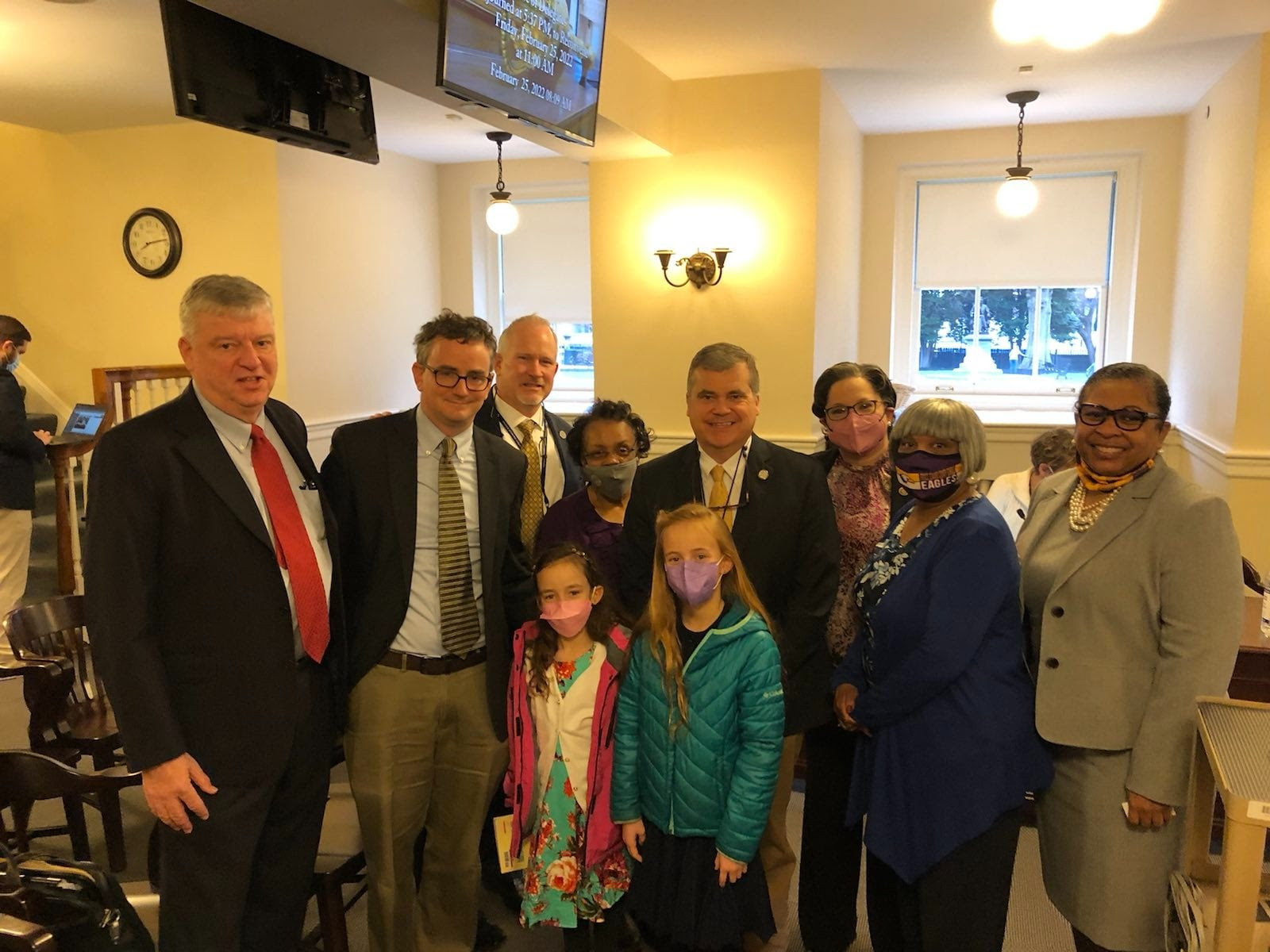 A House Finance subcommittee tabled SB 472 allowing any locality to impose up to a 1% increase in their sales tax, subject to voter approval and to be used solely for school construction or renovation. Under current law, such sales tax is only permitted in nine enumerated localities. The subcommittee also tabled bills that would have added Charlottesville and Isle of Wight to the list. Supporters from Prince Edward County, including 4th grader Eliza Pope, came to testify in support of the bill, which would help them build a new elementary school.

As outlined in this statement, SB 472 has broad bipartisan support and would have passed if allowed a vote on the House floor. The House has traditionally taken the position that school infrastructure funding is a local responsibility, but given localities very few revenue sources to meet their infrastructure needs (typically real estate taxes, bonds, and loans). Many have increased their real estate taxes as high as they reasonably can and do not have the debt capacity to borrow money through bonds or loans to fund construction needs. While three Commission bills remain pending, the current options for state funding just are not enough to meet all local needs. You can read more about the House vote on the sales tax bills here and here.