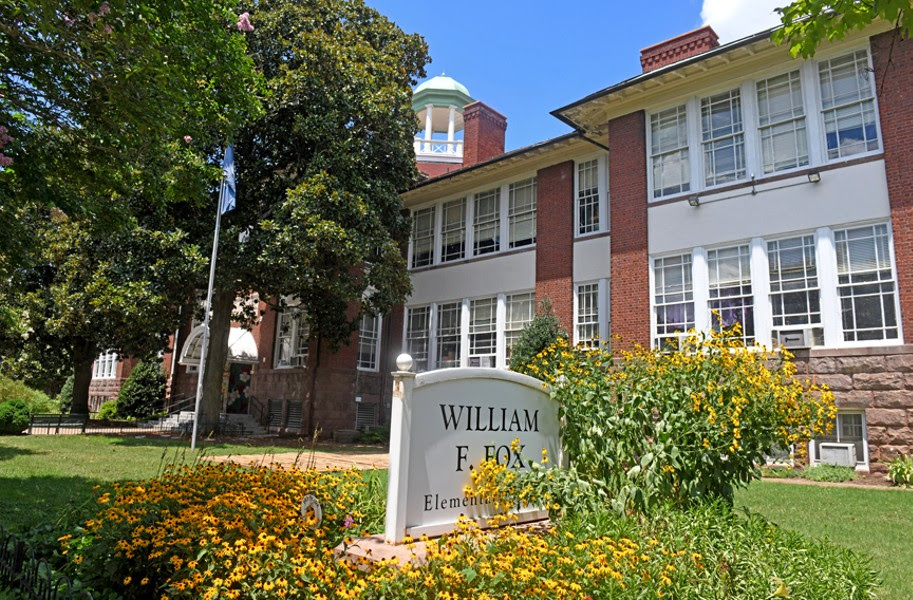 Friday evening, the Richmond community suffered a devastating blow with a fire that severely damaged William Fox Elementary in the Fan. Schools are more than buildings. They are the heart of communities, especially for our elementary students. Dave and I have been part of the Fox Family since Jackson started kindergarten in 2015, and Samantha is currently a 1st grader there. Many teachers have lost their entire inventory of educational items, many of which were carefully created over many years of hard work.

We are grateful no one was injured, and the Fox Family is rallying to support our students, families and school staff.

School Board Chair Dr. Shonda Harris-Muhmmed said it best: this is a grieving process.

School will be closed Monday and Tuesday to allow the Fox Family to process and Richmond Public Schools to plan. Fortunately, Principal Daniella Jacobs sent the kids home with their chromebooks in the event of snow. The students will learn virtually while the administration plans for alternative in-person instruction that can keep the classes together.

If you would like to help the Fox community through a donation, please click here and designate your donation for the Fox Elementary Fire Response. 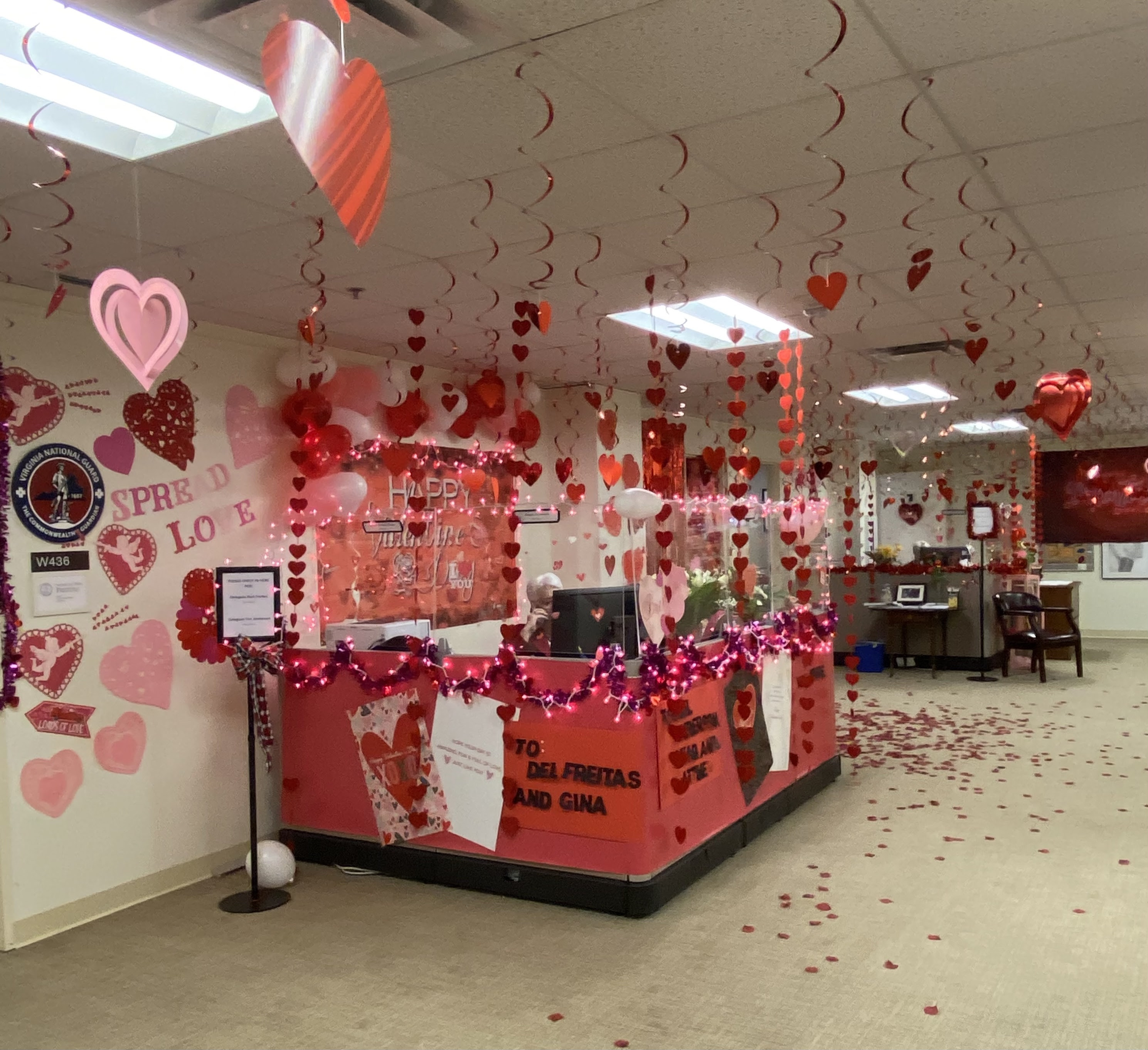 Happy Valentine’s Day! As one of the only holidays celebrated during the General Assembly Session, Valentine’s Day is a pretty big deal around here, as you can see from some of the decorations. It gives us a moment of levity and community during one of the busiest times of the session.

Tomorrow is “Crossover,” the halftime mark for the 2022 General Assembly Session. Expect the floor sessions today and tomorrow to be long!

Friday afternoon, an Arlington Circuit Court judge granted a temporary injunction to block Governor Youngkin’s Executive Order seeking to overturn local school board mask requirements. The judge ruled that the state constitution vests the authority over supervision of schools in the local school board, including decisions regarding the safety and welfare of students. Moreover, the judge ruled that the Governor does not have the authority to override a state law that requires schools to adhere to the U.S. Centers for Disease Control’s (“CDC’s”) COVID-19 guidelines “to the maximum extent practicable. The judge’s ruling comes in a lawsuit brought by seven Virginia school districts: Alexandria City, Arlington County, City of Richmond, Fairfax County, Falls Church City, Hampton City and Prince William County.

Last week, Senate Democrats voted to reject the nomination of Andrew Wheeler to be Secretary of Natural Resources. As EPA Director in the Trump Administration, Wheeler repealed numerous environmental protections, advocated for cutting Chesapeake Bay cleanup funding by 90%, and signed a rule to overturn President Barack Obama’s Clean Power Plan. His record is diametrically opposed to the generational progress Virginia made addressing climate change and environmental justice with passage of the Virginia Clean Economy Act, The Environmental Justice Act, the Clean Car Act, and the The Clean Energy and Community Flood Preparedness Act. You can read more about why I voted against Wheeler’s confirmation here.

House Republicans retaliated by threatening not to confirm more than 1,000 appointments made by Governor Ralph Northam made before the General Assembly convened, which expired Friday. SJ12, SJ13, SJ39, SJ40, and SJ57 confirming Governor Northam’s appointments to various boards and commissions passed unanimously out of the Senate, but were not even docketed in the House for most of the day. In the end, House Republicans failed to confirm eleven state board members from the State Air Pollution Control Board, the State Water Control Board, the Virginia Marine Resources Commission, the Safety and Health Codes Board and the Board of Education.

While it is rare for the General Assembly to reject a gubernatorial cabinet appointment, the targeted rejection of board and commission appointments is an unprecedented power grab, as Governor Youngkin can now appoint a majority of these boards.

The Senate passed SB 739 requiring local school divisions to offer in-person instruction to every public school-based preschool and K-12 student. Unfortunately, the bill was amended to allow parents to opt their children out of any mask mandate. I oppose this bill as amended, as it undermines the authority granted to local school divisions in the state constitution over supervision of schools, including decisions regarding the safety and welfare of students. Indeed, it is unclear whether the bill would even allow Richmond Public Schools the flexibility it needs to develop a transition plan for Fox Elementary!

Moreover, the bill does not include the requirement we enacted last year that schools adhere to the CDC’s COVID-19 guidelines “to the maximum extent practicable. I am concerned about the mask provision, which ignores not only current CDC guidelines for K-12 and early childhood/childcare settings, but the recommendation of the American Academy of Pediatrics and its Virginia chapter strongly recommends that all school-aged children be masked for school, regardless of vaccine status. The science is clear: masks are safe and effective. I am particularly concerned about the provision for preschool children, who are still not eligible for vaccines. I spoke against the bill, and you can watch my remarks here.

Last week, the Senate passed 8 of my bills, which now move to the House for consideration. Seven passed unanimously:

SB 469 requires the Virginia Health Benefit Exchange to prepare an annual marketing plan that includes consumer outreach and navigator programs. This bill is a recommendation of the Joint Commission on Health Care.

SB 658 addresses situations in which physical evidence of a crime has been collected, but not transferred to the Office of the Chief Medical Examiner (OCME) for analysis. When the physical evidence recovery kits (“PERK”) are transferred to OCME, they are stored for 10 years. This bill makes clear that even those PERKs that are not transferred must be stored for 10 years, and when they have to be transferred to another agency investigating the crime. The bill also requires law-enforcement agencies to inform the victim, parent, guardian, or next of kin of the unique identification number given to the PERK and give them a personal identification number to track the testing of PERK, unless disclosing this information would interfere with the investigation or prosecution.

SB 477 expands eligibility for historic African-American cemeteries eligible for maintenance and preservation support through the Virginia Historical African American Cemeteries and Graves Fund. Currently, cemeteries created after 1900 – such as Woodland Cemetery in Henrico County, which was founded in 1916 – are not eligible for the fund. This bill changes the establishment date eligibility from 1900 to 1948, the year that the U.S. Supreme Court struck down racially segregated cemeteries. Learn more here.

SB 491 establishes the Virginia African Diaspora Advisory Board to advise the Governor on ways to improve economic and cultural links between the Commonwealth and African nations, with a focus on the areas of commerce and trade, art and education, and government.

The Senate passed two of my bills recommended by the Commission on School Constructions and Modernization. SB 471 adopts changes to the state Literary Fund to make more money available to local school divisions through loans with lower interest rates than currently allowed by law. SB 481 encourages local governing bodies and school boards to collaborate to set aside for the purpose of capital projects any funds appropriated to the school board by the local governing body that are not spent by the school board in any year.

The Senate passed on a 21-18 vote SB 495 reforming Virginia’s recall process for elected officials by raising the threshold for a recall petition from 10 percent to 30 percent of the votes cast in the last election for that office, eliminating vague criteria, and placing the recall decision in the hands of voters in a recall election rather than a court case. Learn more about this law here.

That makes it a total of 18 of my bills that have passed the Senate so far!

Six of my bills failed to report out of committee last week, but will be the subject of study over the year:

The Senate Finance Committee carried over three of my bills to the 2023 Session for further study:

The Senate Agriculture, Conservation & Natural Resources Committee carried over two of my bills to the 2023 Session to allow the Department of Environmental Quality to study the issues raised in the bills.